Before leaving for Macau, a friend who was there a couple of years ago strongly advised us to try this really good Portuguese restaurant. Unfortunately, my friend has a rather poor memory so she does not remember the restaurant’s name.

In Macau, we asked around for this elusive restaurant’s name and our excellent Filipino concierge at the Royal Hotel recommended A Lorcha as the must-dine-in Portuguese restaurant when in Macau.

After touring the Ruins of St. Paul’s, Museu de Macau, and Senado Square, we headed to A Lorcha for lunch.

Arriving without a reservation, we were surprised to see the place still full even when it was almost 2 PM. There were some waiting guests, but the mostly Filipino staff graciously accommodated us to the sole available table for 2.

Clueless on what to order since it was our first time to dine in a Portuguese restaurant, our very knowledgeable waiter recommended the clam and Portuguese fried rice. We added chicken to our order though in hindsight, this was unnecessary since the fried rice was so yummy it did not need any viand. And the serving was generous that we finished only half of everything. Here’s a list of our order and the corresponding charges:

All prices are exclusive of 10% service charge so our total bill amounted to HK$356.40, excluding tip. 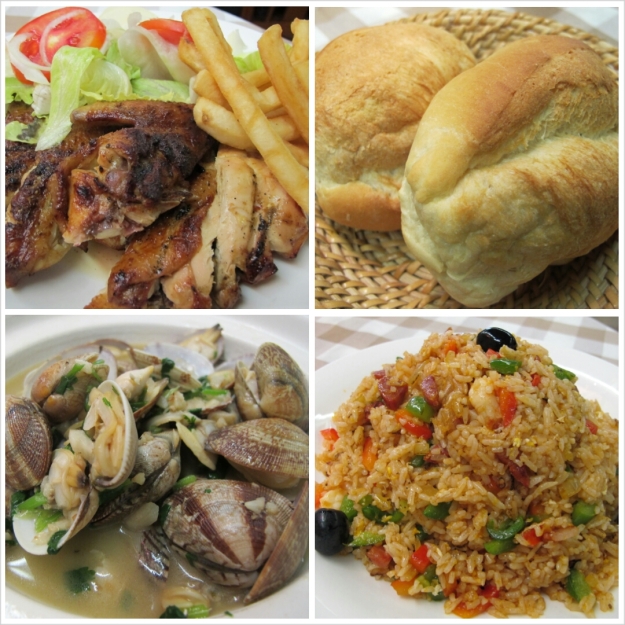 This was our most expensive meal in Macau (including in Hong Kong, actually), but it was worth the money. The Portuguese fried rice was very similar to the Spanish Paella, which I like. The clam was good, but salty, which made it the perfect dipping sauce for my bread. The chicken was tender and despite being labeled spicy, was not spicy at all. And the bread was the best I ever had (though the bread from a Brazilian restaurant in Chicago will later change this).

Service was impeccable and prompt even when the restaurant was full. The waiters were knowledgeable and smiling and since we were their fellow Filipinos, had been very kind. They even gave us complimentary bottled mineral water!

If you ever find yourself in Macau, I highly recommend this place, but do reserve a table because it is always full.