Snapshots from this year’s Sinulog Festival. 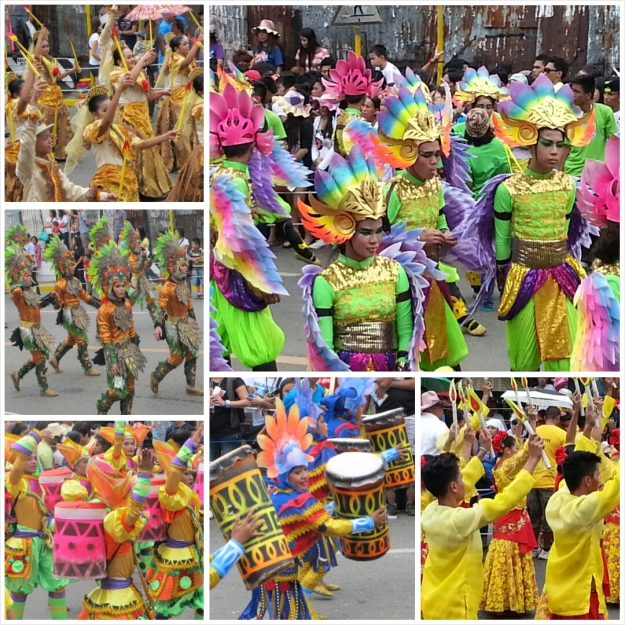 Sinulog is held every third Sunday of January in honor of the Child Jesus.  Note the main dancers of each group clutching an image of him.

Spotted: some artistas (celebrities) during the parade: 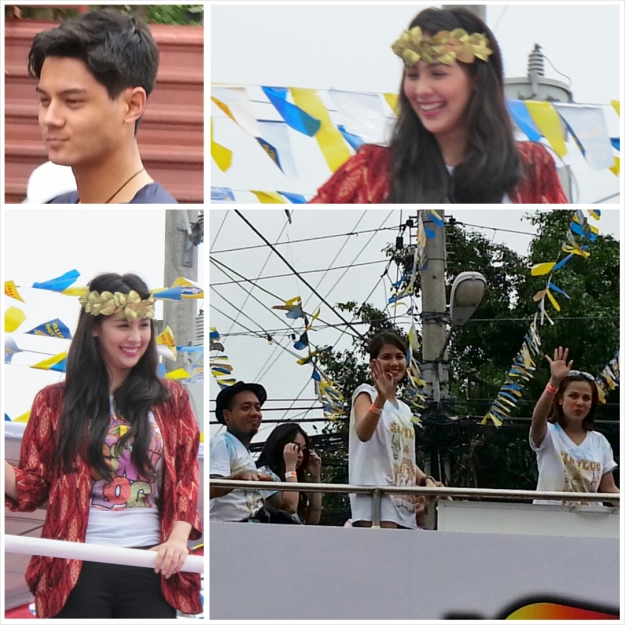 That’s Daniel Matsunaga (upper left), Empress Schuck (with the red patterned top), and Kaye Abad and Nikki Valdez (in white shirts) who were onboard the IPI (International Pharmaceuticals, Inc) float.

Speaking of IPI, their Egypt-themed float this year was particularly striking:

More photos of floats and giants/giantesses and mascots.

Pardon the quality of some photos since my camera’s batteries (yes, including the spare) got drained (the spare was empty to start with because I forgot to charge it, ugh!) and so I had to make do with taking photos using my Note 2, which hindered me from taking better zoomed-in shots.

Lastly, here’s a collage of photos of the Sto. Niño.