This is our free day in Batanes since the tour that we got was only for 3 days (most tours in Batanes are only for 2-3 days).  Note that we paid Php 500 to Kuya Jun as transportation/guide fee for this leg of our trip.

Despite our aching limbs from our 2-day exploration of Batanes, we had to wake up early to catch the faluwa back to Ivatan port.

No one was up in Sabtang Heritage/Tourism Office so we left our payment on the side table then headed to the local panaderia (bakeshop) to buy hot pan de sal for breakfast.  This was recommended by our Day 3 guide, Michael (pardon the photo quality since it was so dark).

I must say that this was the kind of oven-made pan de sal that I missed.  It tasted so much like the pan de sal that’s available in our neighborhood bakery back home in Aklan.

At the port, I took some photos while waiting for the faluwa. 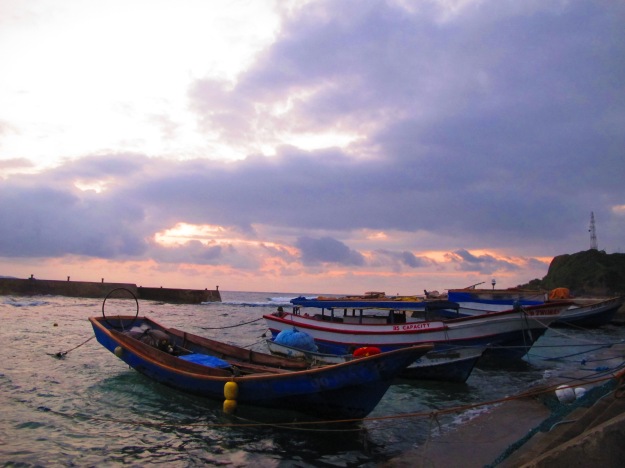 Note that the photos of the faluwa at sea were zoomed-in shots.

I also took photos of the lighthouse.

What a serene view on a rather cloudy day!

On the opposite side of the lighthouse is this equally beautiful view: 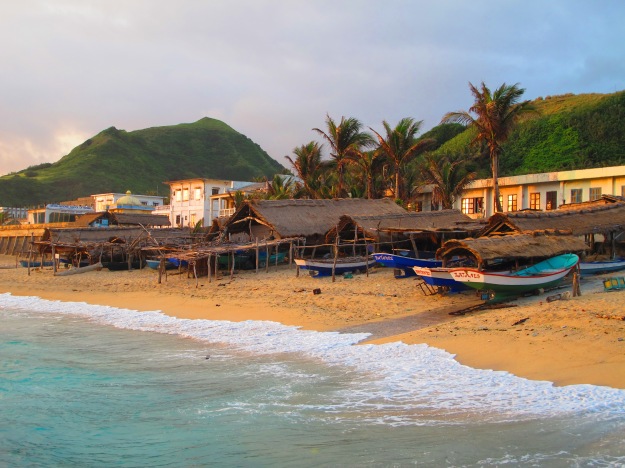 Which was the perfect vantage point for the rising sun… 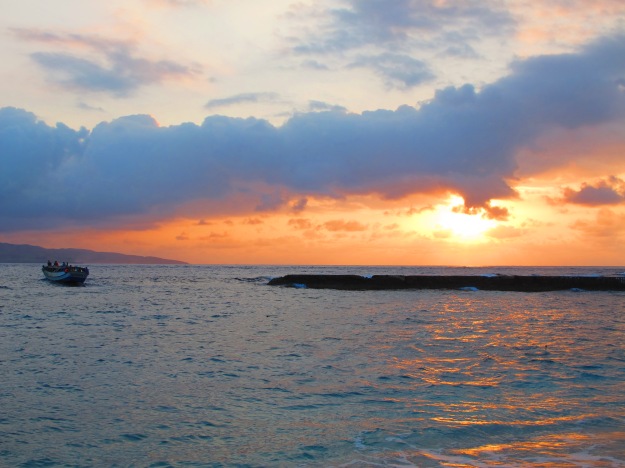 At Ivatan Port, Kuya Jun picked us up then dropped us off at Rapitan di Vasay, where we had breakfast.  Both Kuya Ireneo (Rapitan’s caretaker) and Kuya Jun encouraged us to go to the school later and check out the agro-industrial fair.

After some nap and freshening up, we headed to Basco Central School and true enough, saw some students selling some Batanes products like vegetables, delicacies, and streetfood. 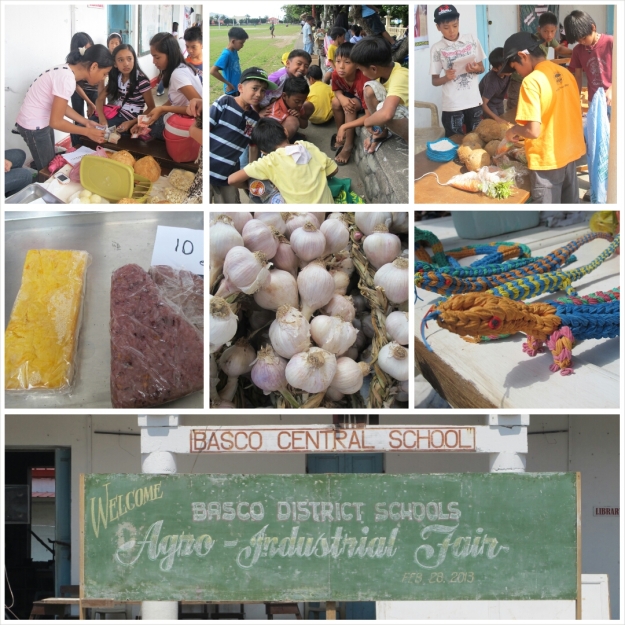 It was a trip down memory lane.  Seeing the children playing and lining up for streetfood brought me back to my elementary years of saving up my baon for simple treats like ice cream or kakanin.

At 1 PM, Kuya Jun picked us up at Rapitan and brought us to Fundacion Pacita for lunch (details on a future post).

After lunch, we headed to the market to buy pasalubong and chanced upon these cow and egrets.

It was quite a challenge getting these shots since the egrets were prone to moving away each time they feel our presence from as far as 12 meters.  Plus, the cows also wouldn’t stay still!

At the market, we found some of Batanes’ specialties like turmeric, Ginger Tea and delicacies like ube chips and bukayo.

I also found a Batanes shirt (I bought one for myself for Php 200) and bought 3 packs of bukayo at Php 30 per pack as pasalubong for my friends.

Afterwards, we asked Kuya Jun to bring us to someplace where we can see the sunset.  He obliged, and brought us to Chadpidan Boulder Beach.

Like Valugan Boulder Beach, Chadpidan is also not a swim-able beach because the waves are so strong.  It’s one beautiful beach, though.

From the color of the sky, I could tell that the sun was about to set, but I really couldn’t see it because of the mountain range that was blocking our view.

And so we asked Kuya Jun to bring us to another location.  He suggested Rolling Hills and asked if it was okay with us since we’ve been there already.  We said yes, knowing that this time around, we were there for the sunset.

While waiting for the sunset, I took photos of the place. 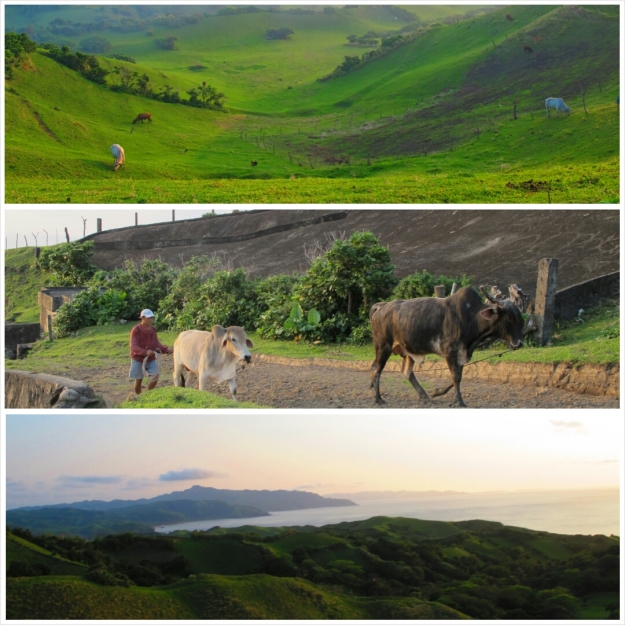 And when sunset came, I was dumbstruck at how beautiful it was. 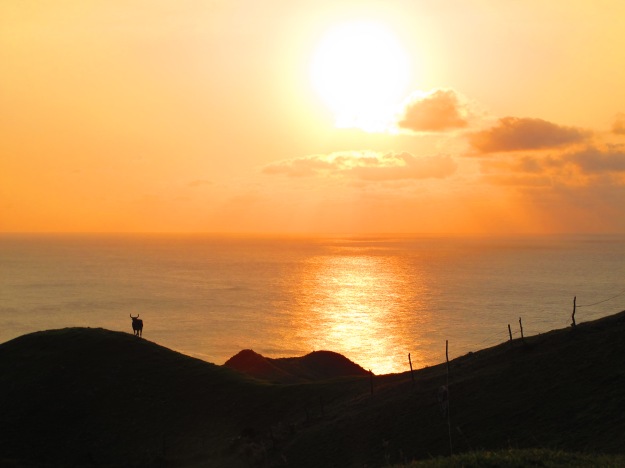 I did not regret going back to Rolling Hills because the view was worth it!

I also learned something new on this trip and that is to use my sunglasses as some sort of filter. 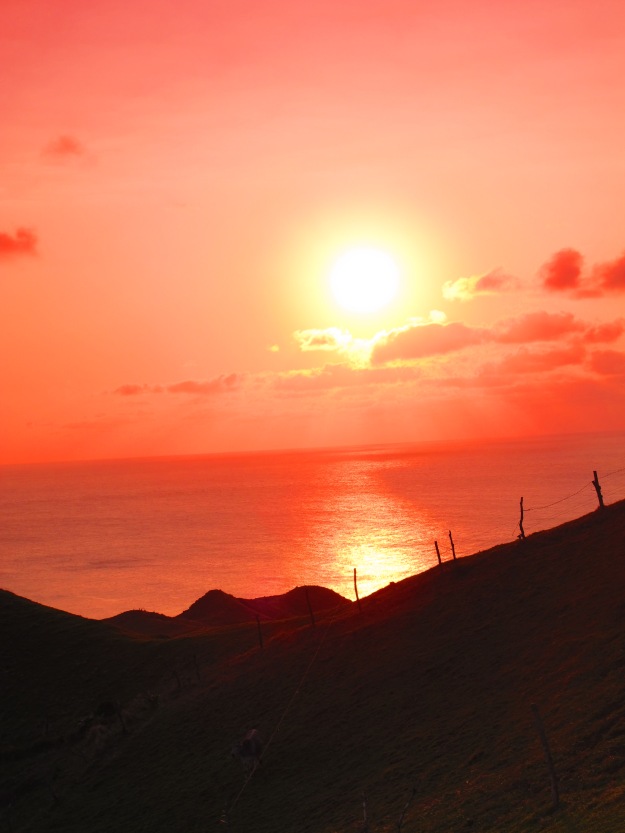 See how the tone changed from orange-yellow to orange-red?  Thanks, J, for the photography tip.

And thus concludes our tour of breathtakingly beautiful Batanes (we actually have a 5th day, but we did not do any tours because we had an early flight back to Manila).