When we visited Guisi, I thought we were just there for the lighthouse.  Turned out that since it’s located on higher ground, it had lovely views of the sea and even had a decent beach.

view of Guisi Beach from the landing

To get to the lighthouse, we had to trek through this lush greenery.  The walkway, though, was already paved so the hike was easy and took us about 10 minutes. 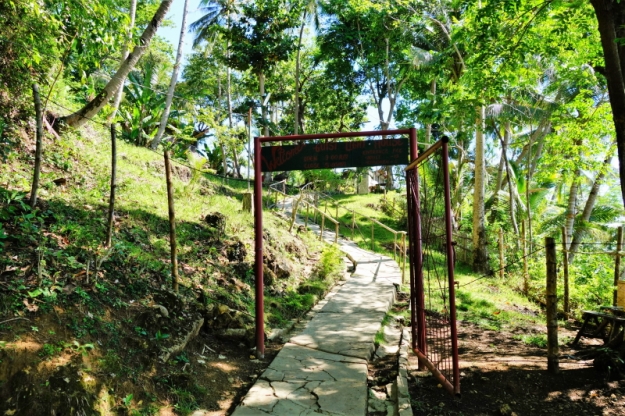 walkway to the lighthouse

This is my first view of the lighthouse.  The original lighthouse was already in tatters and in its place was a modern white one.  The ruins were of the original outpost. 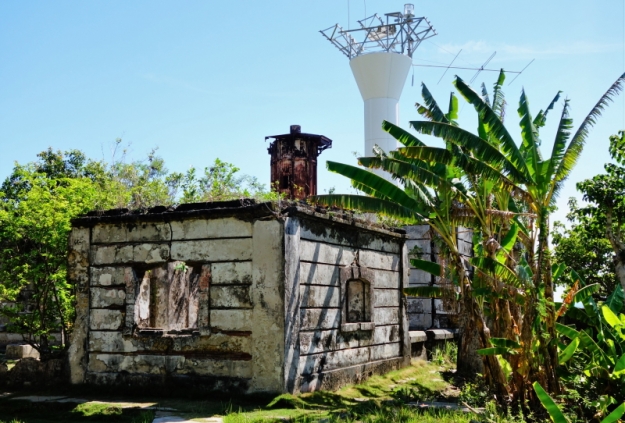 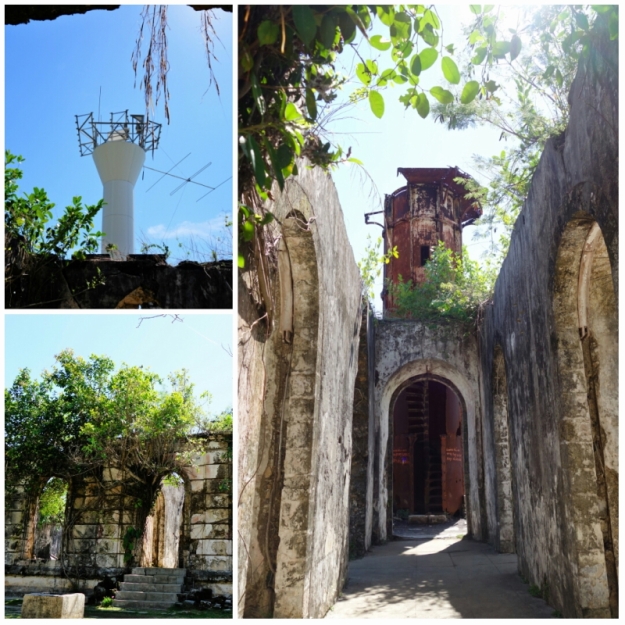 Here’s the old Guisi Lighthouse in all its glory.

Trivia: This was built in 18th century to guide mariners passing the Iloilo and Guimaras strait and is the second oldest lighthouse in the country after Aparri’s.

As I looked at this lighthouse up close, my guide asked me I wanted to go up for a view.  Noting the sign saying it’s discouraged, I said no.  He persisted, saying it’s safe and proceeded by going in himself.

Being one who never backs down on new adventures, I excitedly but carefully followed him.  I wasn’t disappointed as halfway through my climb, I was rewarded with this view.

through the cracks of the old lighthouse

The climb was tiring, especially since the staircase was winding, but when I reached the top, I felt my views were worth my efforts.

My view from the top of the old lighthouse also included views of the ruins below and a full view of the new lighthouse, but my favorite would have been my views of the waters. 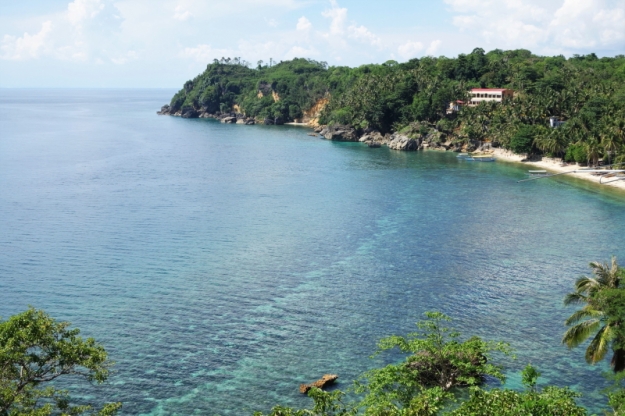 Back on the ground, I took parting shots of both the old and the new lighthouses.

My guide also pointed this out:

A wishing weel (well). Te he.  He asked me to throw a coin and make a wish, but I just laughed.  I had the feeling it’s someone’s way of fleecing money from tourists, so beware.

At the landing, I met with my friend who didn’t go with me to see the lighthouse up close as she couldn’t stand the heat.  There, I saw her enjoying views of the beach.

I saw these stairs leading to the beachfront itself so I asked to linger so I could take more photos.

And these are my views from there (the main photo of this post was taken on the same spot). 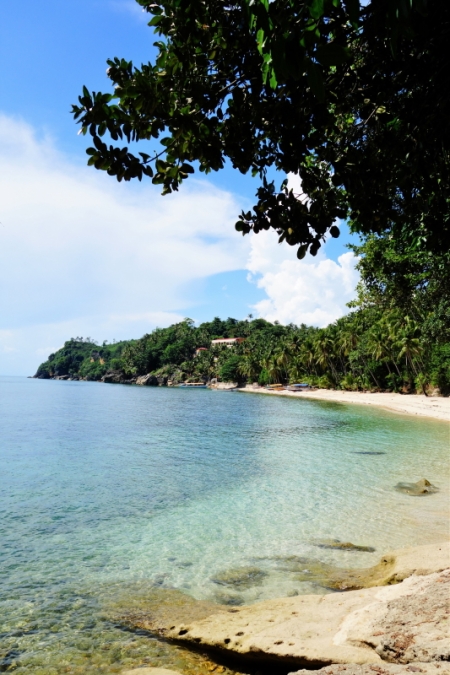 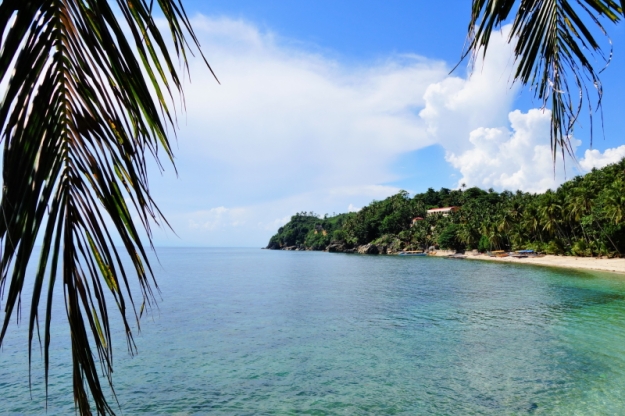 The sand here was yellowish white and not as fine as Boracay’s or Palawan’s, but the waters are just as clear.

Since Guisi’s beach is a separate enclave, the waters were calm and the whole time that I was there, I didn’t notice any waves. 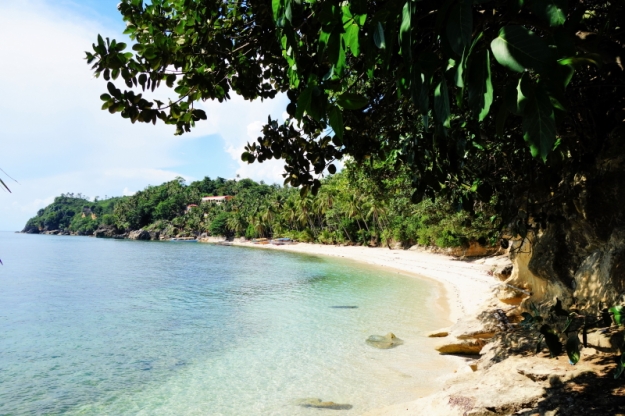 These rock formations also helped buffer the tide and waves and contributed to the beach’s serene look.

Guisi Beach and Lighthouse are located in Dolores, Nueva Valencia, Guimaras.  Beach access is free while entrance fee to the lighthouse is Php 10 per person.