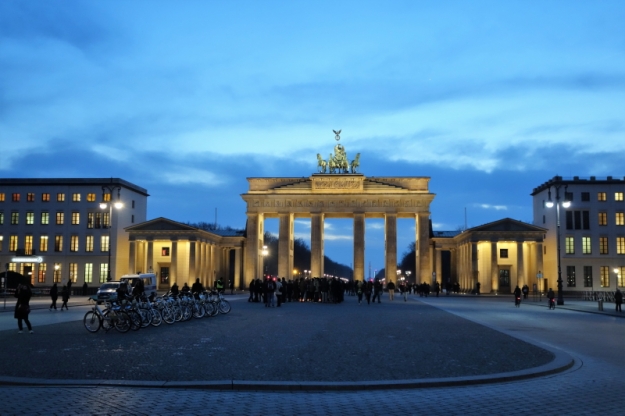 From the above photo, can you guess the specific city where I had been to the past weeks thus the lack of update on this blog?  To Berlin, Germany, yes!  And yep, this is just another teaser post as I still have tons of catching up to do at work.

I was in Berlin, Germany mostly for work and only had a few free days to discover this historic city, but I tried to make the most of my stay by seeing and experiencing as much of Berlin as I could.

Brandenburg Tor
Known as Brandenburg Gate, this 18th century neo-classical monument is easily one of Berlin’s most renowned landmarks.  In fact, when  I booked my hotel, Booking.Com’s app has this as its identifying photo. 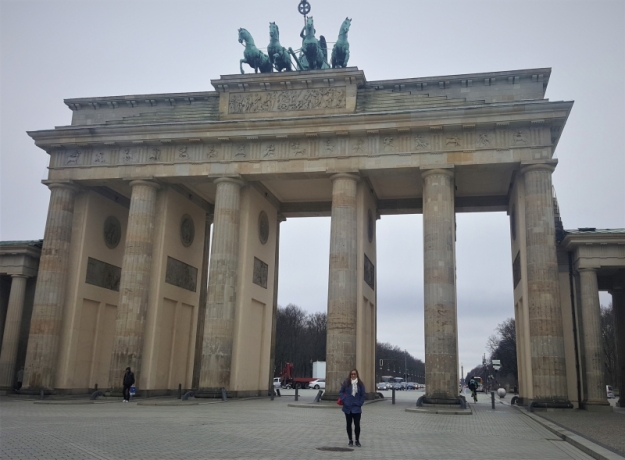 We were here twice.  The first time was on our second day in Berlin.  It was cloudy and cold and because we wanted to see how it looked like at night, we came back and that’s when I snapped the main photo for this post. 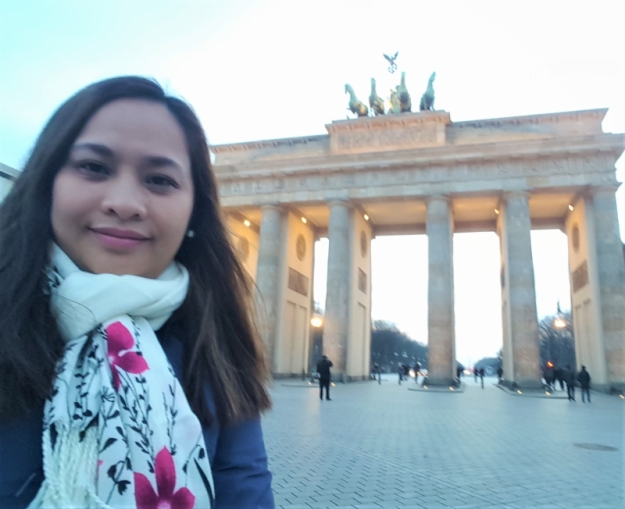 Berliner Dom
Berlin’s Cathedral is located on Museum Island and is not really a cathedral because it has never been the seat of a bishop. 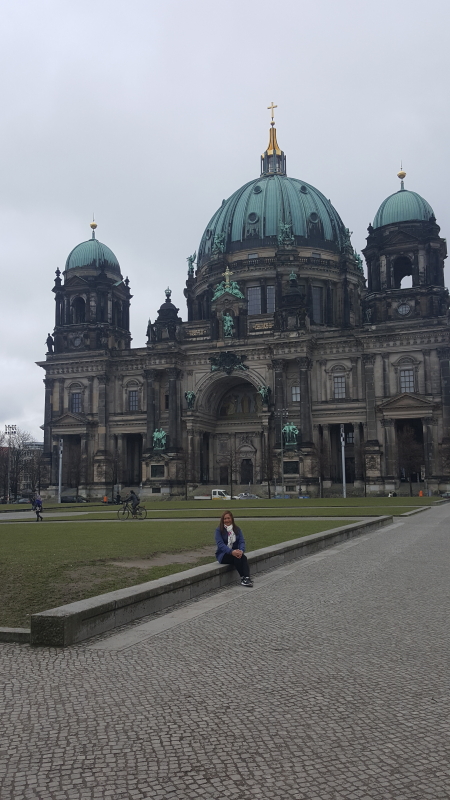 Marienkirche
Originally a Roman Catholic Church, it is now a Lutheran Protestant Church. Along with Nikolaikirche, this is the oldest church in Berlin. 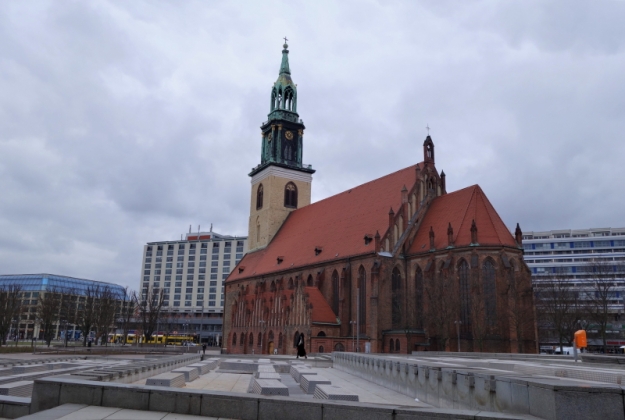 Neptunbrunnen
Neptune’s Fountain is of the Roman God Neptune.  It wasn’t functioning during our visit as it was winter. 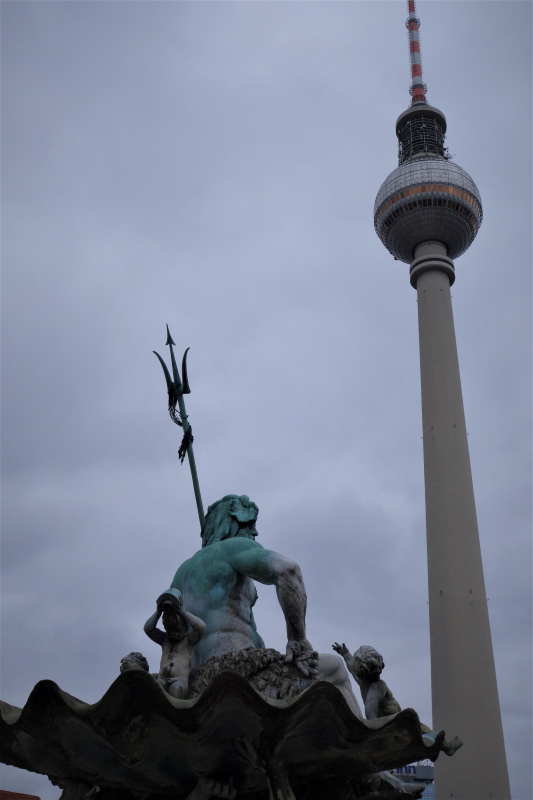 The tower has a viewdeck and because I always have this goal of seeing cities from viewdecks, I decided to come back on a sunny day for better visibility.  I finally got to do this on our last day.  Yey! 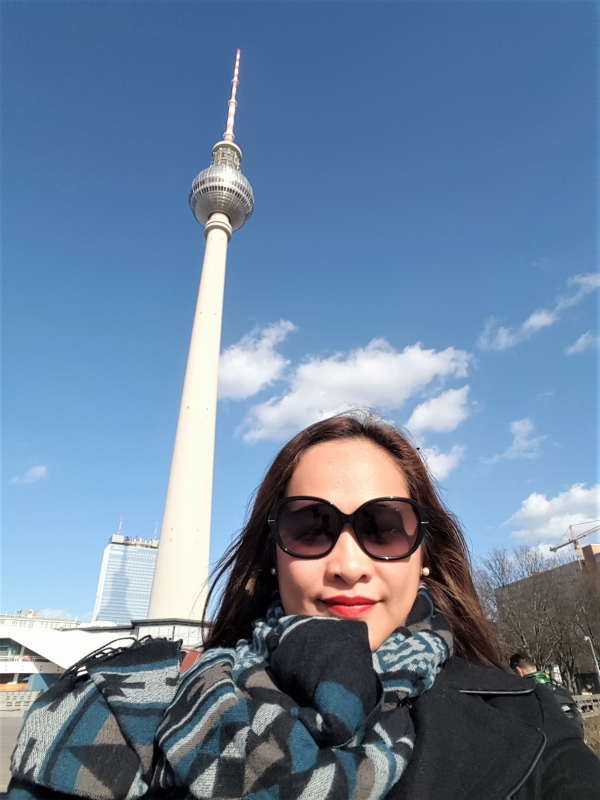 Here’s a snapshot of my views from the Berlin Tower. 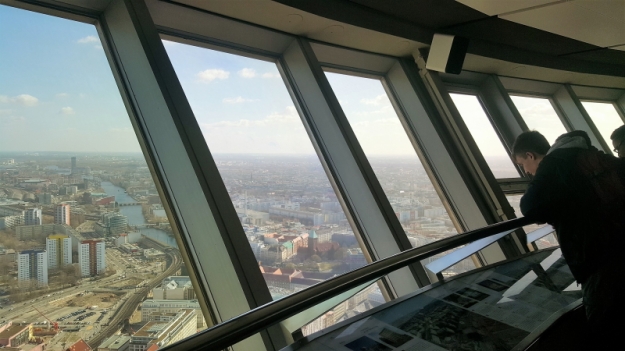 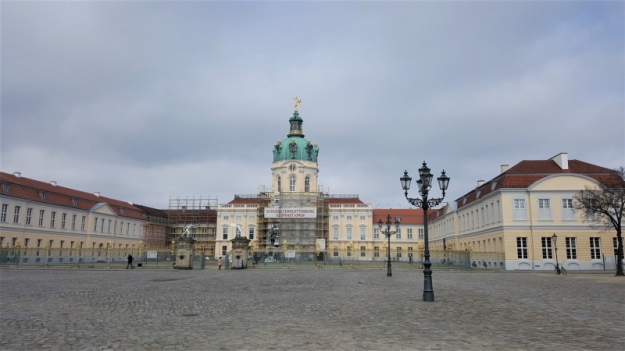 This is the largest palace in Berlin.  Unfortunately, it was under renovation during our visit. 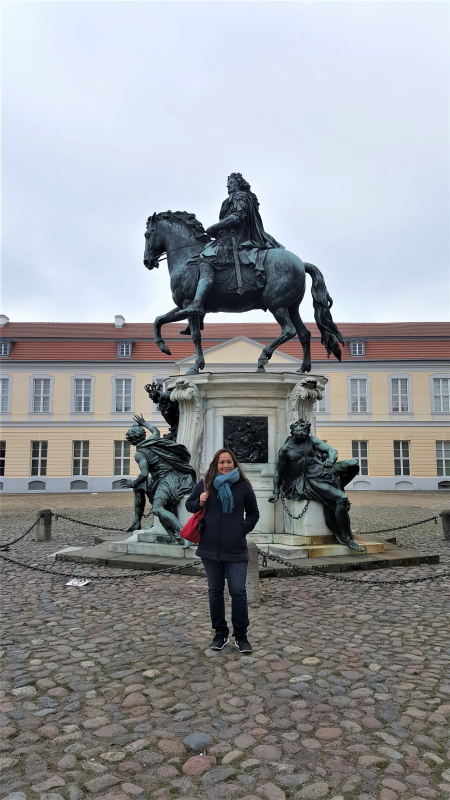 Right outside the palace is a statue of Friedrich III and it was his wife who commissioned the original palace.

Kaiser-Wilhelm-Gedächtniskirche
The original church on this site was built in the 1980s and got badly damaged in a bombing raid in 1943.  It is one of the famous landmarks of Berlin and is nicknamed “the hollow tooth” by Berliners. 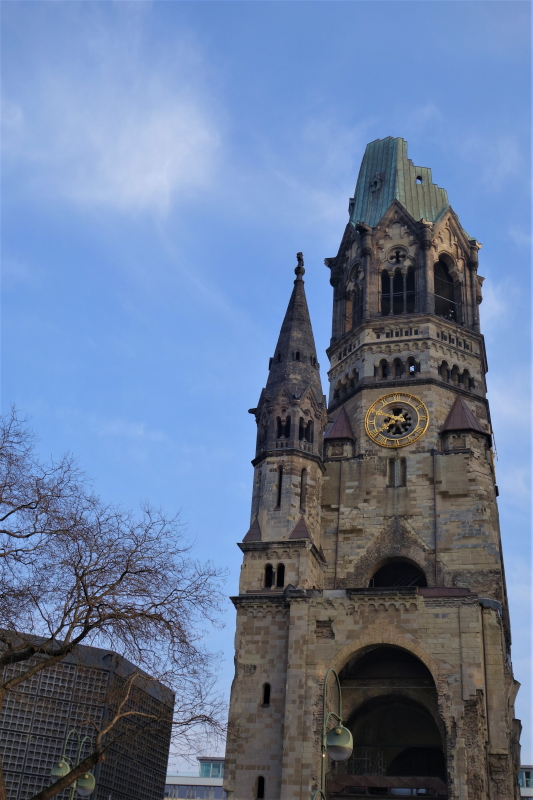 Reichstag
This is the meeting place of the German parliament.  Visitors are allowed inside, but we weren’t able to secure an appointment as the available slots were at 6PM and we had to leave for the airport by 5:30 PM. 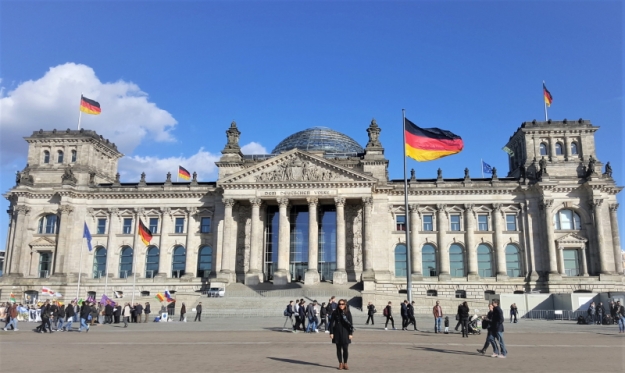 Potsdam
While in Germany, we also took a day tour of Potsdam, the capital and largest city of the German federal state of Brandenburg, and I fell in love with its scenic views, lovely architecture, and palaces. 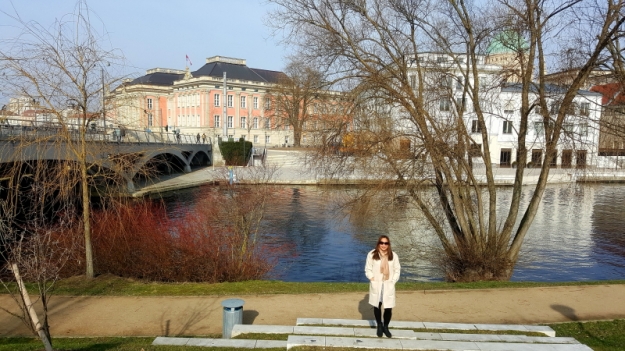 I was especially thankful that the sun finally shone when we visited Potsdam as on our first week in Germany, we never experienced being out in the sun.

A panoramic shot of Alter Markt or the Old Market Square, which formes the historical center of the city.

At Potsdam University, which is Brandenburg’s largest university. 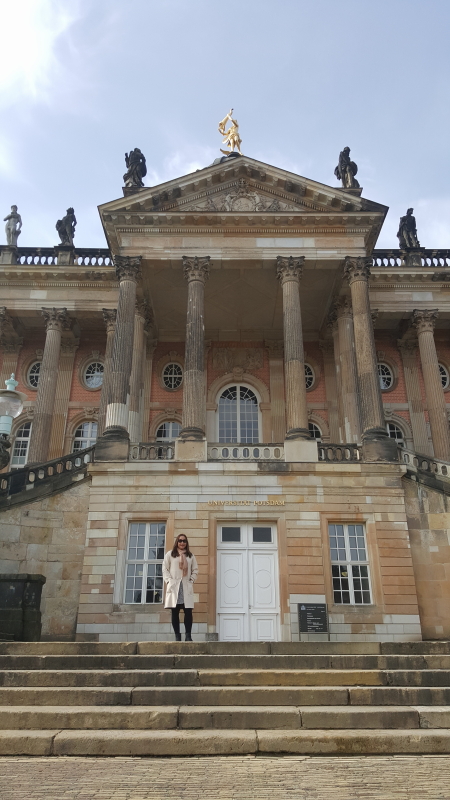 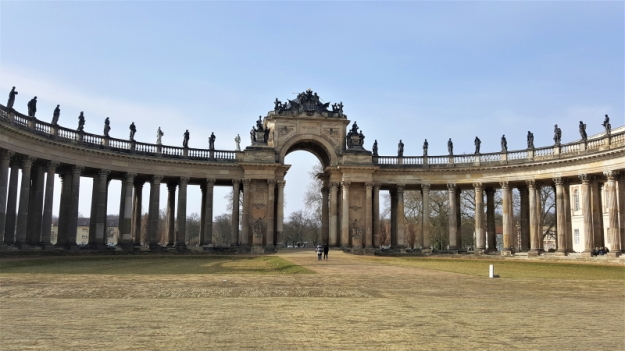 At Sanssouci, the the summer palace of Frederick the Great, King of Prussia, and the largest World Heritage Site in Germany. 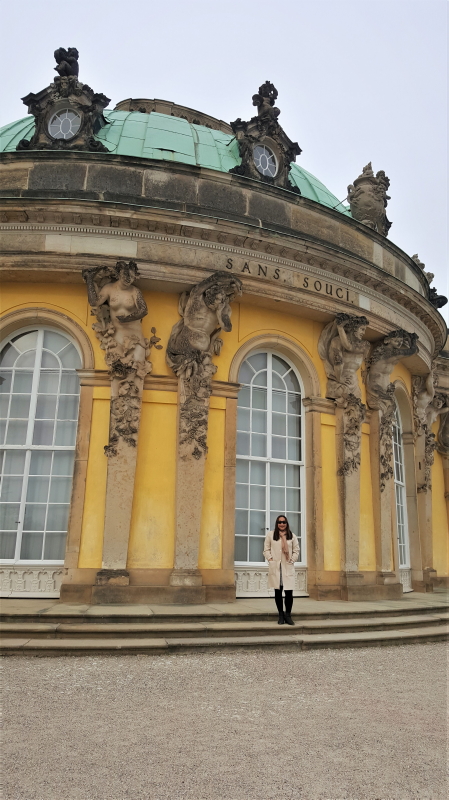 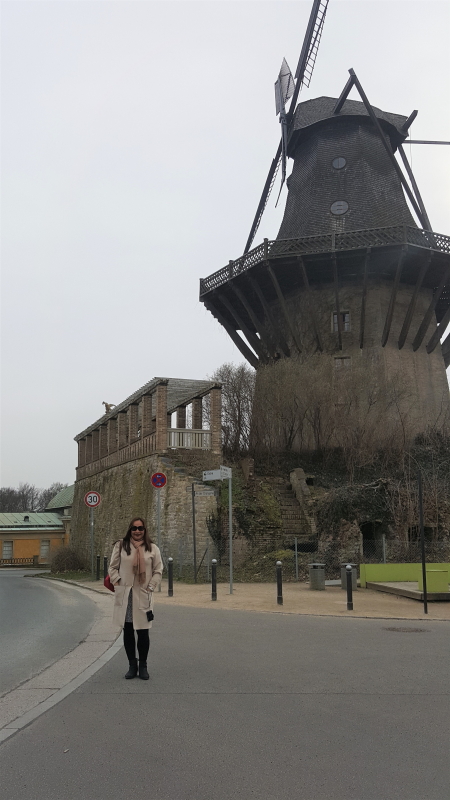 While I enjoyed all these, my trip to Germany wasn’t just defined by its sights and sites, but also by its history.

Berliner Mauer
This open-air exhibition narrates the history of Germany’s division.  These markers show where the wall stood. 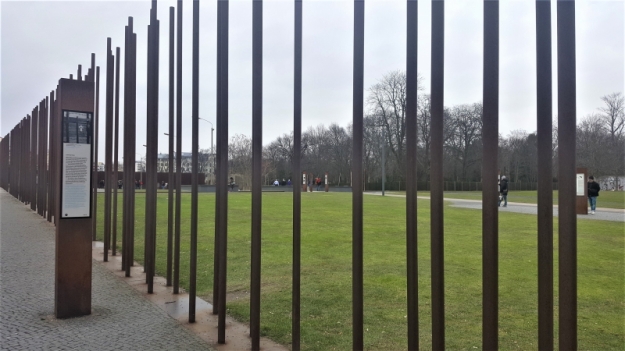 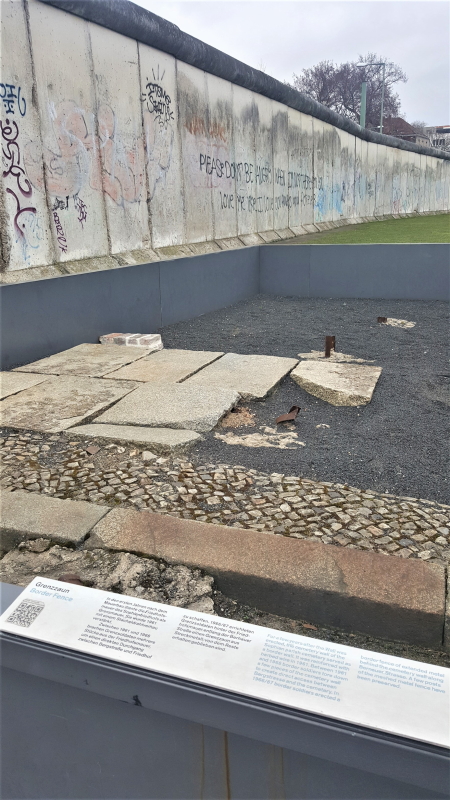 We also visited the documentation center and this is just one of the many photos in the exhibit that moved me. 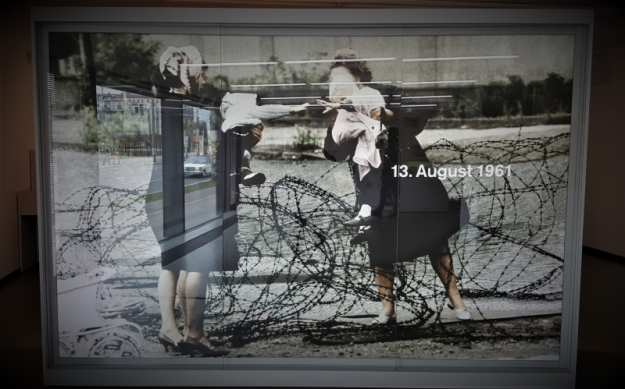 Pardon the photo quality as the exhibit’s lights and glass casing, plus the horde of people moving around made photography very challenging.  (I snapped this photo was soon as a group moved out).

Denkmal für die ermordeten Juden Europas
This is the memorial to the Jewish victims of the Holocaust, and I will write about this in detail in my future posts. 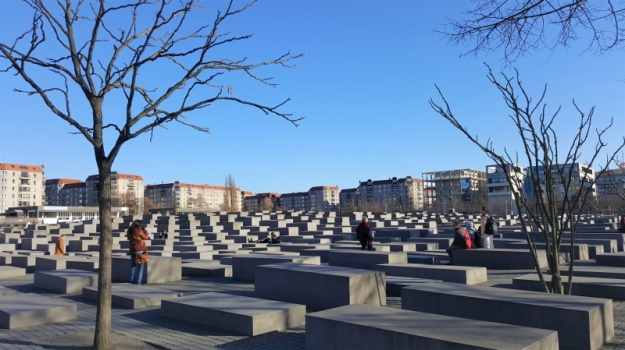 Till here for now as I still have to catch up on my work, crafts, and Netflix. Heh.