We stayed here only for a night and spent most of our time exploring Macau so we only stayed in this hotel to sleep.

We requested early check-in, but was not accommodated, which was fine with us since as hoteliers, we knew that it’s subject to room availability. But they were kind enough to keep our luggage while we visited nearby attractions.

After our tour and lunch, we came back to check in and was given Room 1322, which was a pleasant surprise since it’s comfortable and quite spacious (I was expecting something small based on my experience with Hong Kong’s Dorsett Far East in 2010). The downside was that it had no view. 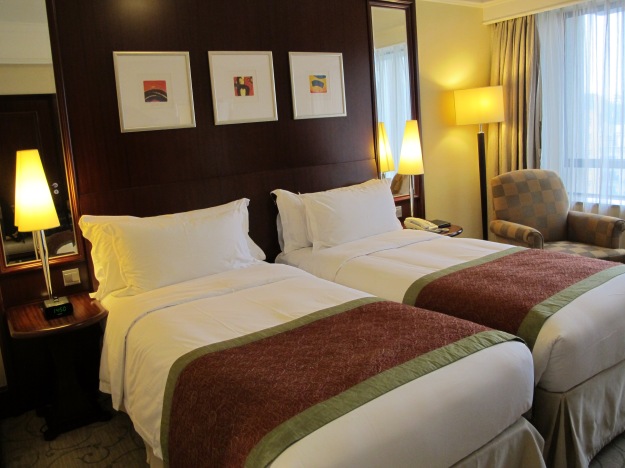 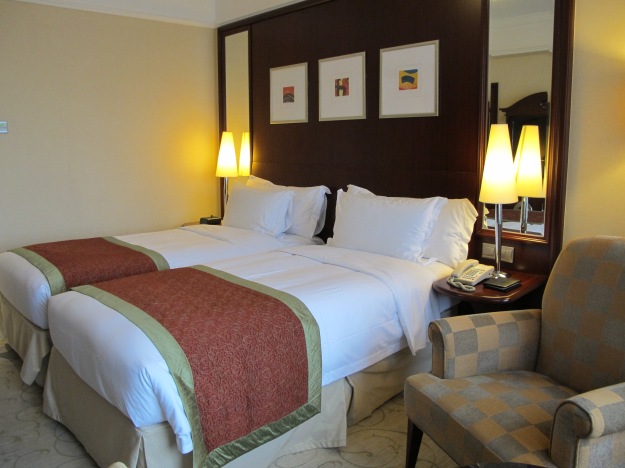 The bathroom came with a bathtub. It too was spacious and clean.

What I liked most about this hotel was their service. Though I had difficulty understanding the local staff’s English, they were smiling. They did have Filipino staff though that were very accommodating and spoke fluent English. One concierge in particular, Mark, was very helpful. He was the one who helped us with our itinerary and recommended A Lorcha, the restaurant where we had our best meal in Macau.

What I did not like about this hotel was their small lobby, which was always crowded and noisy.  Wi-Fi in the lobby was free.  I also found it weird that their lobby restrooms were kept locked, accessible only through guests’ key cards. This was actually not an issue until we checked out and had to use the restroom again and had to wait for a hotel staff to open the door for us, which was really inconvenient. The same lobby restrooms were also not well-kept. For the 2 days that we were there, there were always stalls with toilets that were not flushed. Though obviously some hotel guests were to blame for their lack of toilet etiquette, the hotel must do better to clean up after such guests.

All in all, I found Royal Hotel Macau a good hotel, but not as luxurious as its website claims.  Book this hotel if you want to be just walking distance to and from Guia Fortress, Ruins of St. Paul’s and Senado Square, but if you prefer to be where the action is, find a hotel along Cotai Strip where new and truly luxurious hotels and resorts are based. 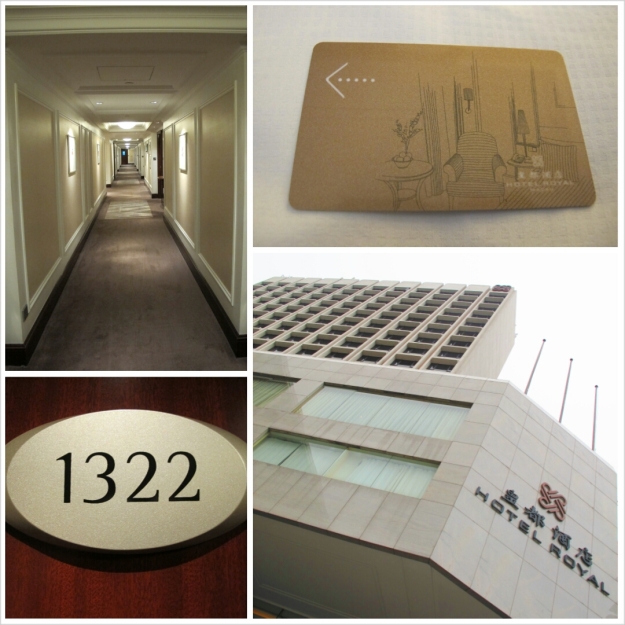 I’ll end this post with a photo I took of Vasco de Gama Park, which is located right outside the hotel.

© Posts and photos by Milai unless otherwise specified. Feel free to share, but please give credit where credit is due by linking back to my blog.
Follow Thoughts, Tales, and Whatnot on WordPress.com