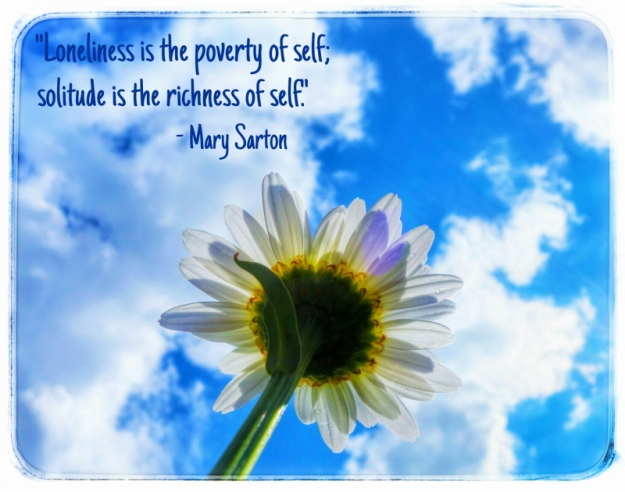 And they wonder how I can spend a long weekend holed up in my room doing “nothing,” not realizing that despite my three days off work, I still feel I don’t have enough time to enjoy my books, writing, series and movie marathons, and arts and crafts.

I am often asked about how I can enjoy shopping or watching a movie by myself; I wonder how they cannot.

They marvel at how I can travel alone and be fine with it when I have always thought of travel as a journey of self-discovery, reflection, and learning.

It’s not that I don’t like people. I do (well, at least some of them, heh), and I love spending time with these people, but being introverted, I have always needed an alone time to think things over and recharge.

For me, being alone is not synonymous with being lonely. One can revel in being alone without feeling like s/he’s missing out on anything.

I am the happy introvert who is comfortable in my own company. I’m not anti-social, just selective of the company I keep and enjoy. And while some spend a lifetime chasing after their happiness, I have always found mine within myself.

I know what you want me to be,
and I’m not there yet,
but I find it so touching
that you think that’s a beautiful thing.
“We’re all a work in progress,” you say,
“and I’d love to be the one
who’s with you as you grow,
as you live and learn
and celebrate the person
that you were, are, and will be.”
And I just want to thank you
for the inspiration and love.
It sure is uplifting to have someone
who wants me as I am
while unfailingly believing
in the person that I could become.

Buttermilk Falls State Park is named after the foaming cascade formed by Buttermilk Creek as it flows down the steep valley side toward Cayuga Lake.  Unfortunately, I visited the park after it rained so the falls’ water wasn’t foamy white, but murky brown. 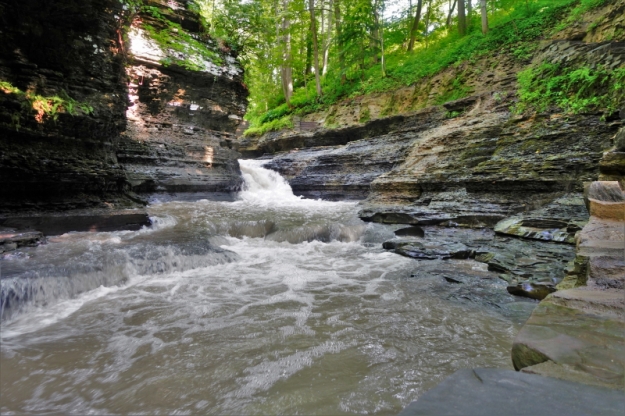 Still, it’s a beautiful sight and the park is worth a visit when in Ithaca.  It’s especially popular among families as it has hiking trails, picnic areas and playing fields on the upper park and a campground, pools, and playing fields at the lower park. 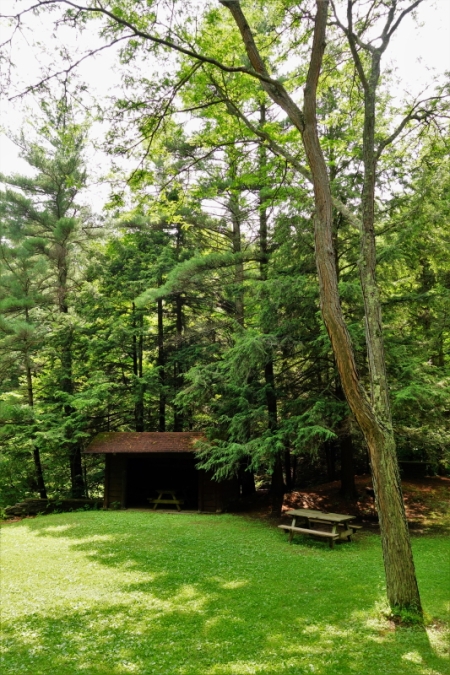 Our (or rather, my) discovery of the falls itself has a funny backstory.  You see, after our class in Cornell, my friend and I decided to go on a walk to the falls because a staff at the Country Inn & Suites mentioned that it’s nearby.  It wasn’t.

This is me making light of our (mis)adventure.  By then, we had been walking aimlessly for about 20 minutes.

We were deliberating whether to turn back when we saw a sign that said the park is just round the corner, so we decided to continue on…

Aaand, finally, we reached the park.

The above signage though, is misleading in a way because the falls wasn’t on this part of the park, but on the other side as I would find out the following day.

Still, my friend and I made the most of our visit by taking photos of the park itself.

It was already late that we couldn’t see any staff to assist us.  We even thought this was Buttermilk Falls.

We didn’t linger as it was already early evening and we didn’t want to risk getting lost, especially in a foreign country and at the woods where anything can happen.

The following day, my friend had a class and since I was free, I decided to come back to the park.  I told my friend I’d find the falls so our trip wasn’t for naught.

This is the signage across the state park signage that we saw the day before.  If only we headed here, we would have seen the falls. 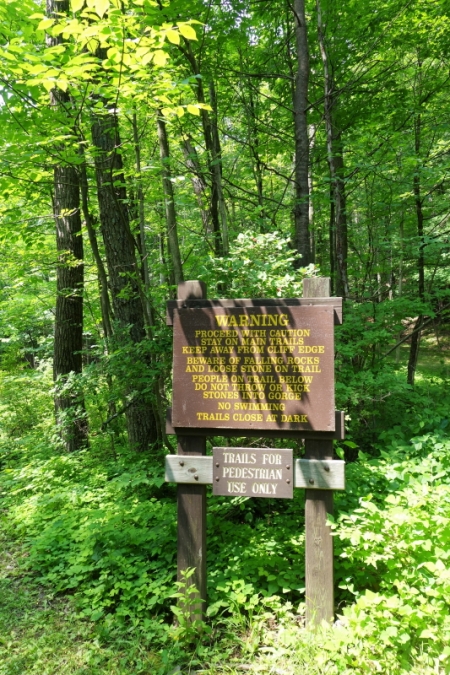 My views as I followed the sound of the rushing water.

I wasn’t disappointed.  Who would, with views like this. 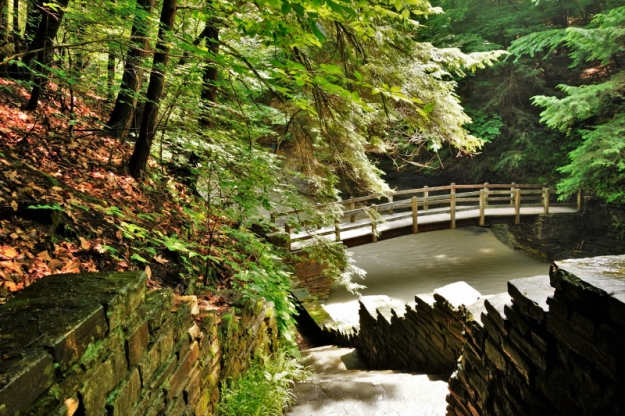 More photos of the bridge, which is easily one of the park’s best features.

Right after the bridge is the falls itself and this is my first view of it. 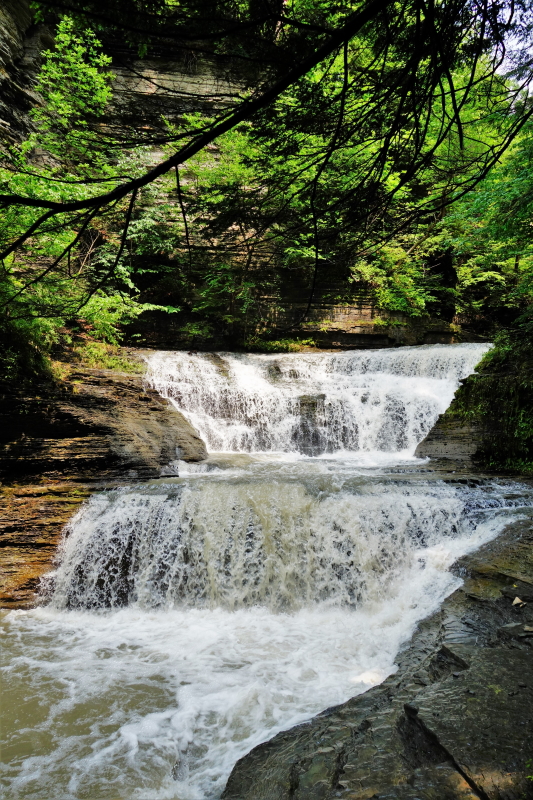 Beautiful, despite the murky color.

I walked around and just loved the views and the sound of the rushing water was especially soothing.

Afterwards, I decided to go on a hike and see more of the park.  Here are some of my views:

I found some interesting flora too and Google helped me identify the Common Yarrow (topmost, center) and the Orange Day Lily (middle, right).

There were interesting plants too with”fruits.”

Google identified the first photo on the left, topmost portion as Berry Forest.  I wasn’t familiar with the others so I’ll leave them unidentified.

When I headed back to the falls I saw earlier, I decided to use the trail by the falls, which afforded me better views like these.

I wasn’t wrong in choosing this particular trail because I got to see another falls (I found out while working on this post that there are 9 falls in this park). 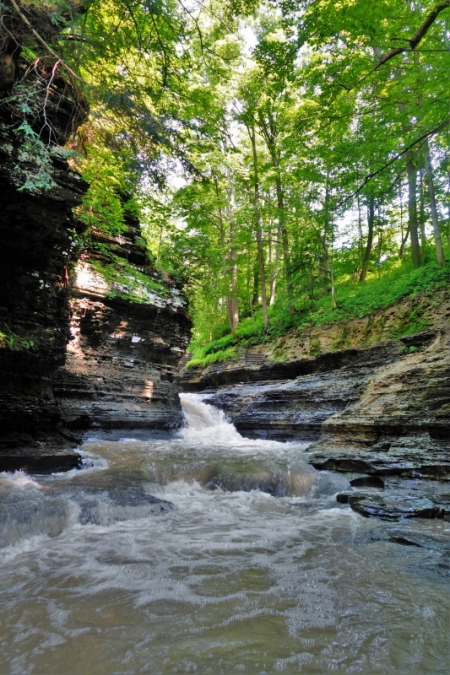 The main photo from this post was taken on the same spot.

And these are my views as I neared the park’s entrance. 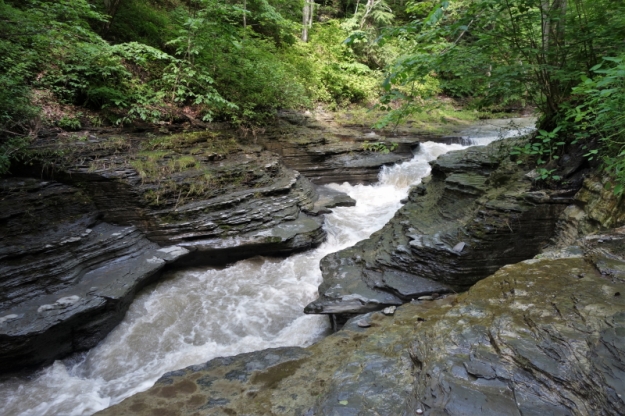 After crossing the bridge from the last photo from above, I reached the same area where my friend I went to the day before and this signage was what held us back from exploring the park. 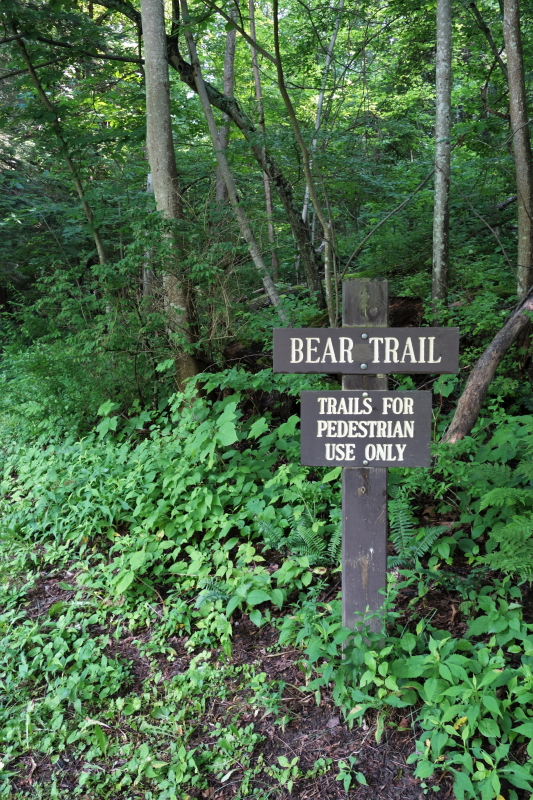 Seriously, we thought there were bears roaming the park so we were very cautious, though I later found out that a bear was seen here only once, thus the name.

Here’s my view as I took Bear Trail.

Farther was this view, but I did not dare venture beyond this point.

After my hike or rather, leisurely walk, this is me, muddy shoes and all.

As usual, I’ll end this post with one of my favorite photos from this set.  I loved this photo because it’s like a vision from a faraway time.

I found this beautiful flower while out walking in the neighborhood. 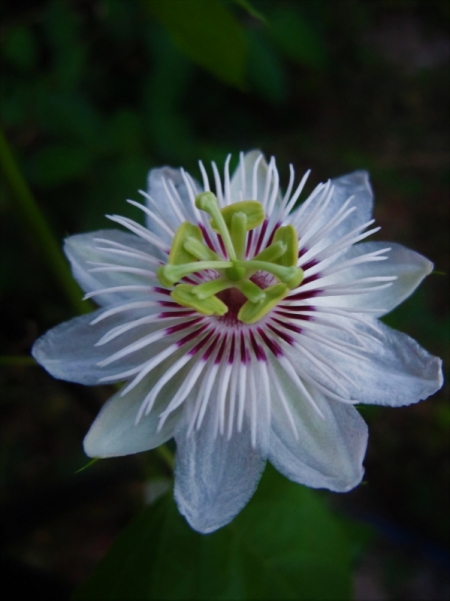 I’m not sure if it’s Blue Passion Flower (Passiflora Caerulea) because it lacks blue coronal filaments, or Constance Elliott since it’s filaments are not pure white but half-white and half purple.

The flower was also fragrant. Interestingly, while I was researching about this plant, I found out that its name, passion flower was in reference to the passion of Jesus. That is,

* the pointed tips of the leaves were taken to represent the Holy Lance
* the tendrils represent the whips used in flagellation of Christ
* the 10 petals and sepals represent the 10 faithful apostles (they excluded St. Peter who denied Jesus and Judas who betrayed him)
* the radial filaments represent the crown of thorns
* the chalice-shaped ovary with its receptacle represents a hammer or the Holy Grail
* the 3 stigmas represent the 3 nails and the 5 anthers below them the 5 wounds

Pardon the photo quality since I used just an iPod Touch to take these photos.