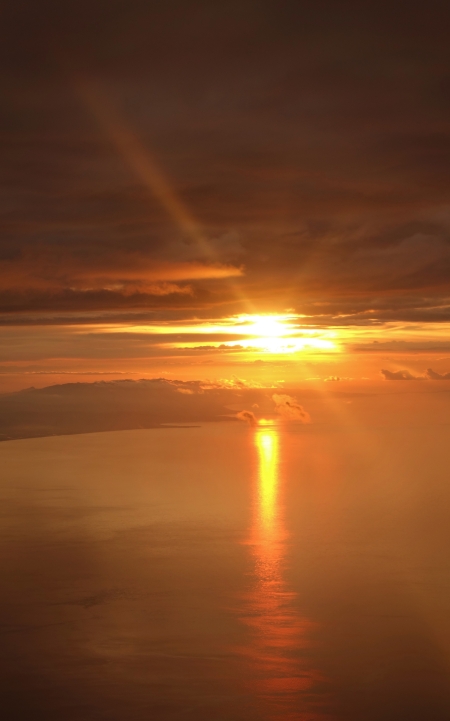 I slung my backpack over my right shoulder as my flight number was announced.  I was very excited to go home.  I was in such a good mood that seeing someone else sitting on my assigned seat did not faze me one bit, though I did ask him to move.  I specifically chose a window seat for my late afternoon flight to catch the sunset and no one’s going to deny me this wish.

As the plane hovered over Cebu, I smiled wistfully and wished I didn’t need to leave my hometown for the big city. 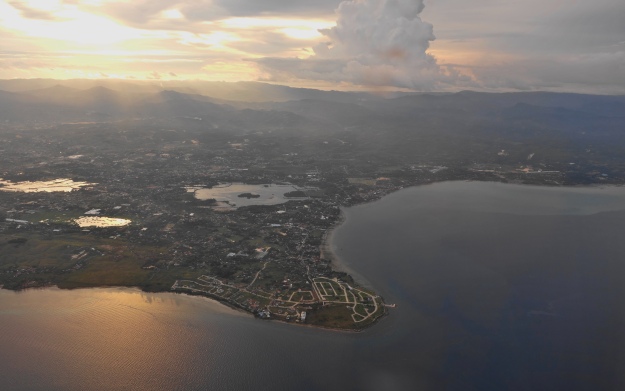 You see, I was the little girl with big dreams.  I left Aklan at sixteen to study in the big city and when I graduated, was hoping to land a good job at home, but since my province is not yet a city, salary rates are way lower than what I would have earned somewhere else.  And so I opted to work in Manila and five years ago, relocated in Cebu. 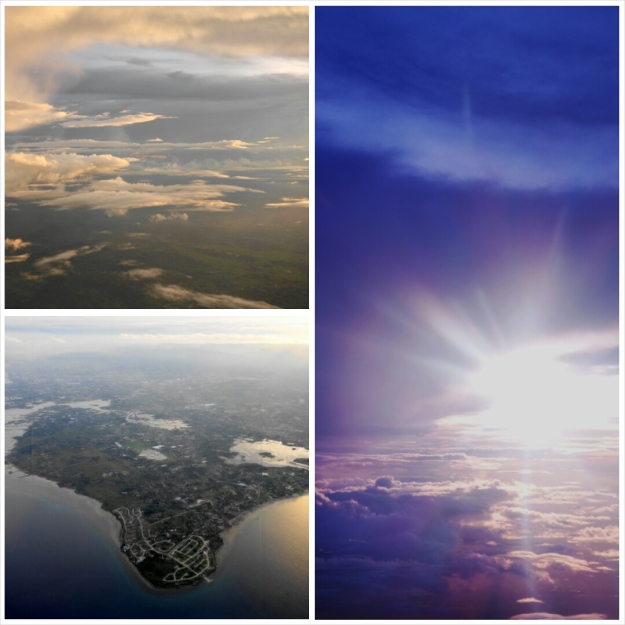 The sun’s imminent setting broke my reverie.  I looked out my window and watched as the cottony white clouds gradually turn yellow. 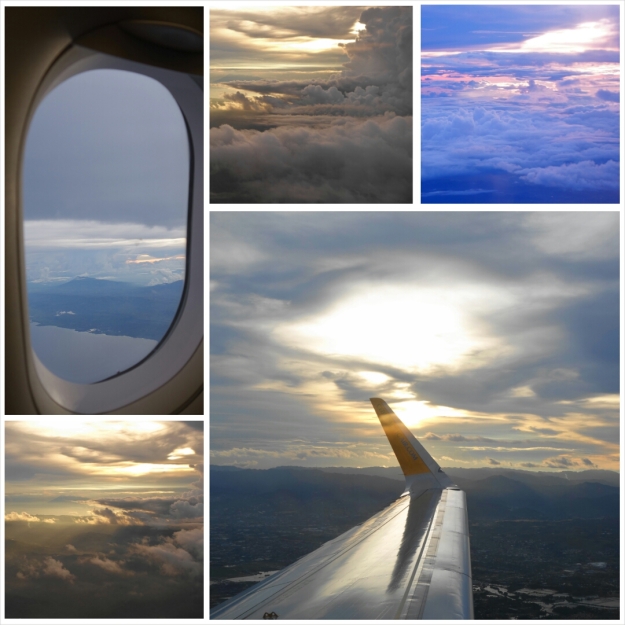 I also zoomed in some shots of the setting sun.  I loved seeing warm shades of yellow and orange and tints of white in the sky. 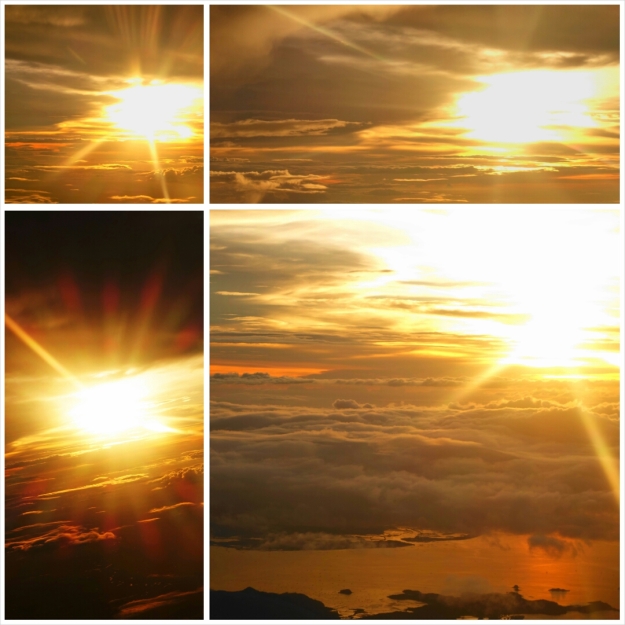 Over time, the sky became more colorful.  Reddish hues and periwinkle blue were thrown in into the mix of yellow-orange colors. 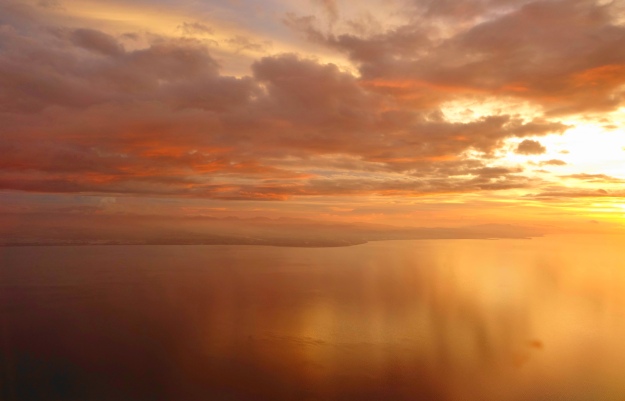 By the time the captain announced that we were on our final descent, the setting sun was reflecting beautifully on Aklan River.  This, and the darker hues of clouds made the sight more visually arresting. 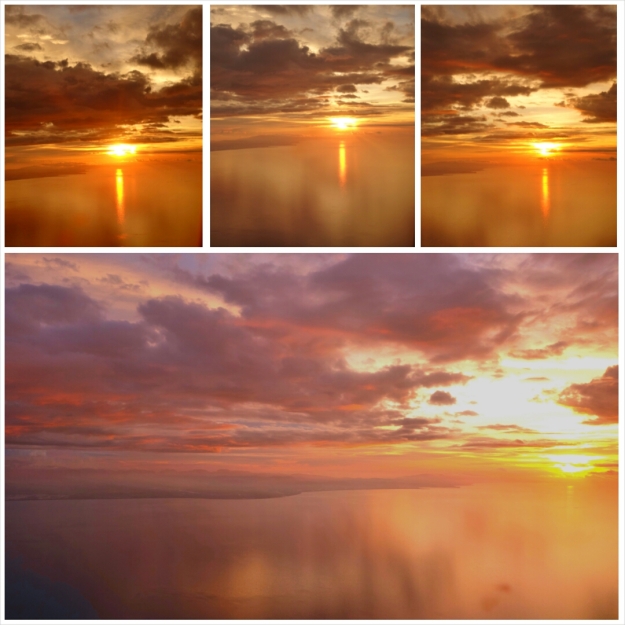 I zoomed in a shot and came up with this shot. 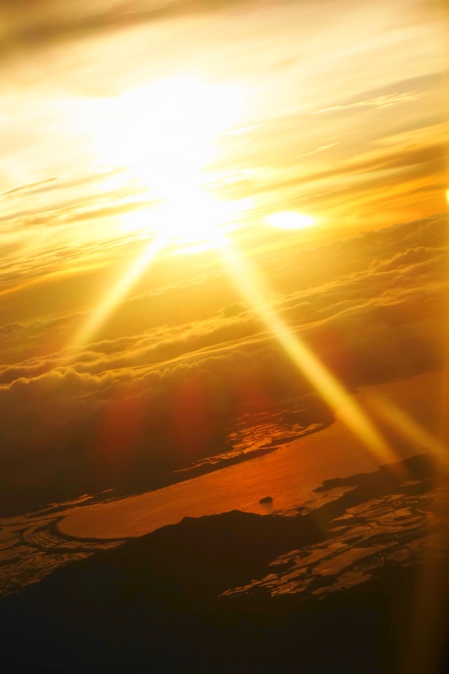 I loved how the sun’s rays are so clear on this photo.

When we landed in Kalibo International Airport, I marveled at how colorful the skyline was.  Seeing it and the vast ricefields that were my playground as a child made me realize that indeed, I was home. 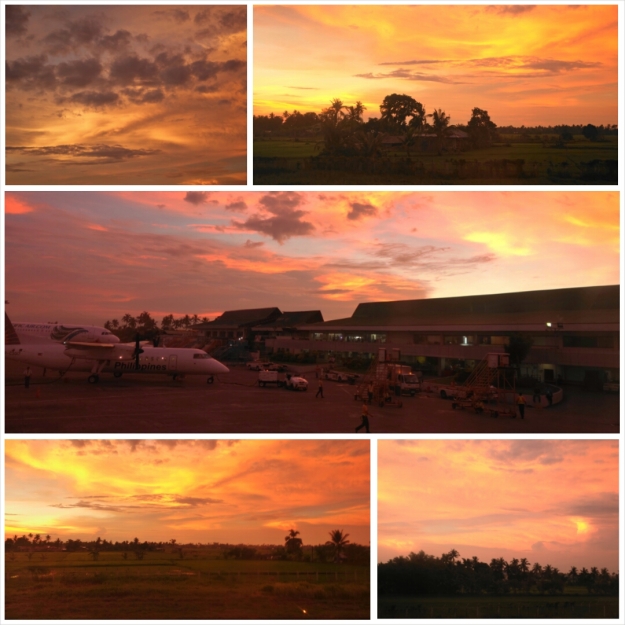