While I lived in Cebu for almost a decade, I’ve never seen its cityscape in broad daylight as I live in Mactan, so I was ecstatic when a friend invited me over to Crown Regency.  This 40-storey hotel is renowned for its Edge Coaster and Sky Observatory.

The hotel is right smack in the middle of Cebu City, so it granted me views of not just the mountains, but a wide expanse of the city. 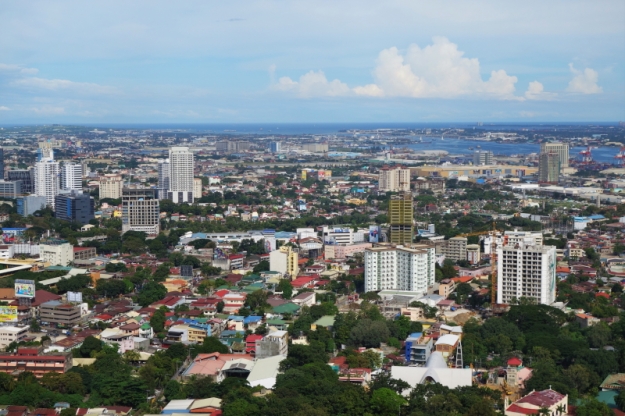 Cebu is not yet a mega-city so its cityscape isn’t all towering buildings and skyscrapers.  I wonder though, if the city government strictly follows its master plan.  (While visiting Chicago, my host shared that she felt bad that Manila did not follow its master plan.  If it did, it would have been a twin city of Chicago, as Manila Bay was supposed to be the counterpart of Lake Michigan and Luneta of Millennium Park.)

Going back to Cebu, Crown Regency’s viewdeck also afforded me views of the sea. 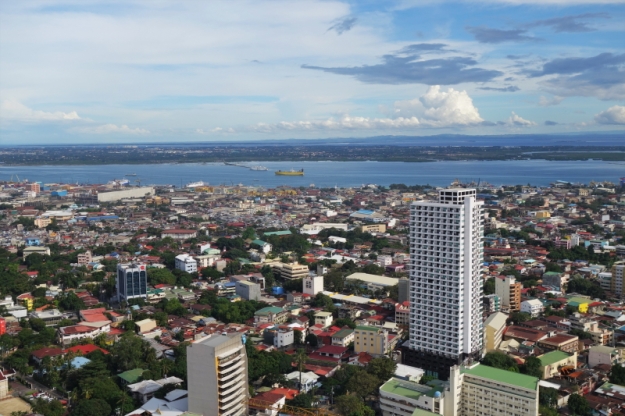 “That’s the pier,” my friend shared when we walked to the side of the viewdeck that’s opposite the main edge coaster line.

While I loved the views, I couldn’t help but feel a tinge of sadness.  You see, when in Cebu for my practicum in 2004, a friend brought us to Tops at night to see the city’s nightscape.  Then, the city, while already bustling, wasn’t as packed.

So I was surprised to see how urbanized it is now.  (And look at how parts of the mountain were decimated just so they could build more houses.)  😦