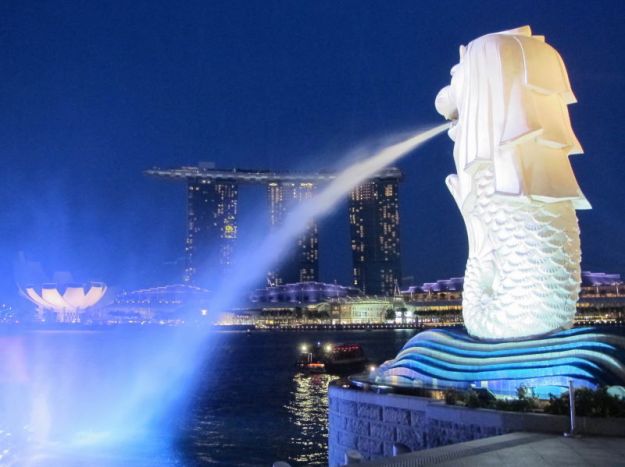 Two of Singapore’s most iconic symbols: the Merlion and Marina Bay Sands

You might have noticed by now that most of my previous posts about Singapore were nightscapes, and that’s because we went there primarily for training so we were free only at night.

On our last day of classes, we decided to go to One Fullerton where the iconic  Merlion Park is located.

Again, because we were there during the Formula 1 Race, it was difficult to move around since they closed off some of the roads.  We also had no choice but to get off at a farther train station than the usual and walk.

where we exited, plus Porsches on display near One Fullerton

Singapore is a very tourist friendly country because there were signs all around to guide map-challenged tourists like me.  When I saw the Fullerton Hotel, I knew we were near our destination.

Notice the bridge, which is called Cavenagh Bridge, the only suspension and one of the oldest bridges in Singapore.  It was opened in 1870 and to this day, exists in its original form. 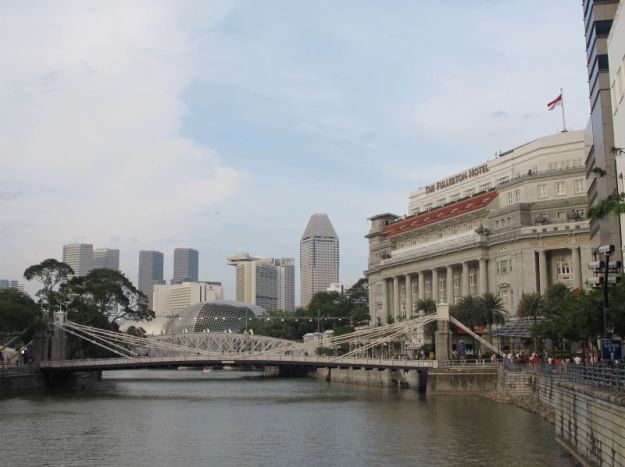 Finally at One Fullerton, I was treated to views of the Singapore River and the iconic Marina Bay Sands.

Here’s a close-up shot of Marina Bay Sands, where I watched a light and water show the previous night.

I could also see the Singapore Flyer from where we were.  Pardon the photo quality since this was a zoomed-in shot.

And here’s a photo of the Esplanade, Theatres by the Bay from our vantage point. 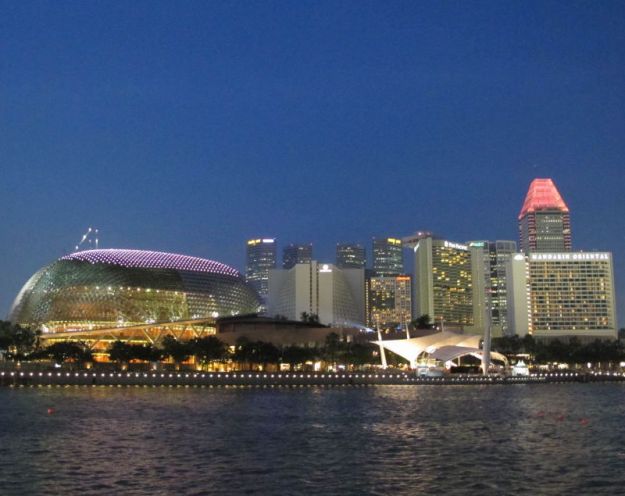 I would have wanted to visit this that same night, but the roads going there were closed off for the race.

From where we were, I could also see the Pan Pacific and Mandarin Oriental Hotels.

I don’t know what these buildings are called, but I loved their lights and the way this cluster of buildings made a nice backdrop against a cruising boat.

Finally, we reached Merlion Park and because it is perhaps Singapore’s most famous landmark, it was full of people.

Here are some of my photos of the Merlion that are taken at different angles.

The main photo is from this set and this one is an almost similar shot, except for the backdrop since this one features the Esplanade.

A trivia.  Did you know that there’s a merlion cub located just near this iconic statue?

By the way, river cruises are available at One Fullerton.  I don’t know how much it costs, though since we did not try it. 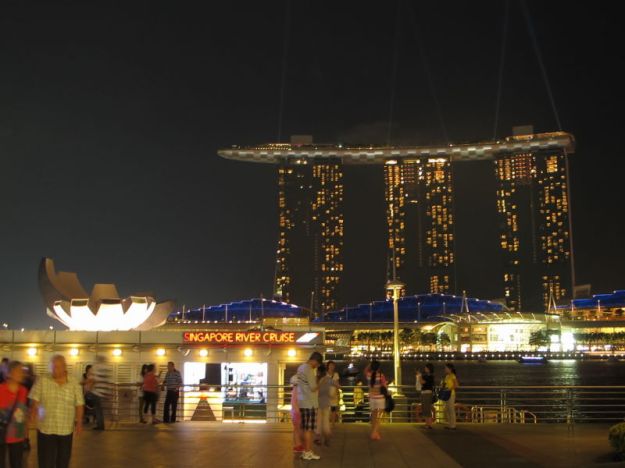 Going home, we again passed by the Fullerton Hotel, and I couldn’t help but be amazed at how magnificent it looked.

We also passed by this statue when we accessed the train station near the hotel. 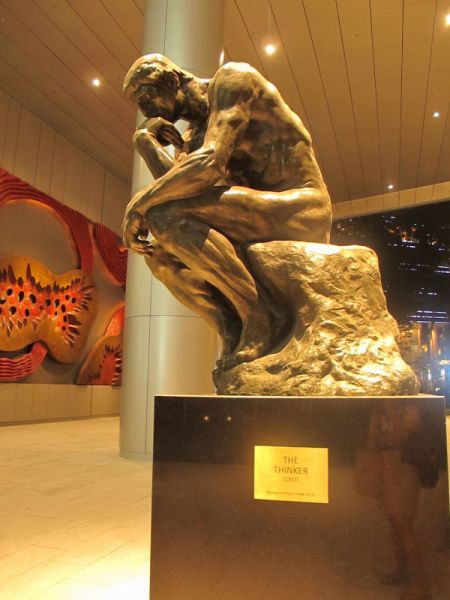 This is a version of French artist Rodin’s “The Thinker,” which is based on Dante’s “Divine Comedy.”

Lastly, here are photos of ION Orchard, one of Singapore’s upscale malls. 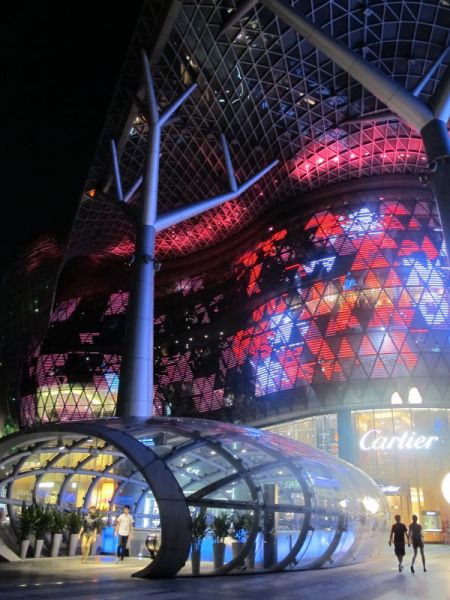 This was our last stop for the night since we got off at this station, which is near our hotel.  I just couldn’t help snapping photos when I saw its facade because it looked so uniquely futuristic.

2 thoughts on “Singapore: Merlion Park and Views from One Fullerton at Night”